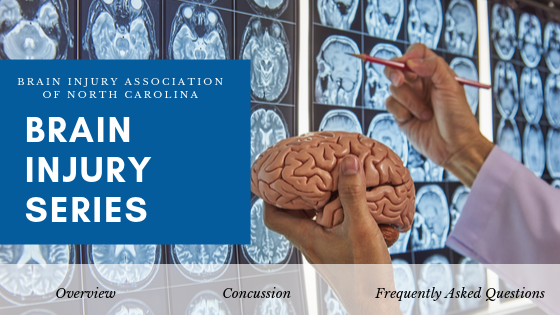 A concussion is a brain injury that affects how your brain communicates with the rest of your body. It can happen when your brain gets bounced around in your skull after a major fall, blast, or hit to the head. For many people, they may not even lose consciousness (black out), after the injury making them feel a sense of relief. However, there can be more than meets the eye or even neurological scans with concussion. The good news is, a majority of individuals recover fully from a concussion. However, it must start with identification and avoid overexerting or putting yourself at risk for further damage.

What are the symptoms of a concussion?

After the brain has been affected, the body is working overtime to try and correct the disruption. This energy or metabolic “crisis” can be compounded or magnified with vigorous activity. A person with a concussion may feel dizzy, confused, nauseous, have a headache and/or experience blurred vision or other sensory changes. Concussion symptoms usually show up right away, but you might not notice that something “doesn’t feel right” for hours or days afterwards. It is not unusual for symptoms to worsen with significant physical or cognitive activity, making symptoms more apparent and returning to sports or daily activity difficult.

The symptoms of a concussion will usually go away within 3 months. However, in some cases, symptoms may last for several weeks or even months. Symptoms such as headaches, memory problems, poor concentration, and mood changes can interfere with school, work, and social interactions. The potential for such long-term symptoms indicates the need for careful management of all concussions. Factors affecting recovery might be general health, previous concussions, pre-injury mental health concerns, mechanism of injury, personality characteristics, motivation, and litigation. Acute psychological distress in the first few days  and severity of concussion symptoms in the first week may also give an indication of prognosis or long-term effects.

What is Second Impact Syndrome?

Second Impact Syndrome, or SIS, is a rare occurrence when an individual is suffering post-concussive symptoms after a blow to the head and sustains a second head injury. The result is diffuse cerebral swelling, brain herniation, and death in a short amount of time. Because of the quick nature of its effects (some within minutes), treatment is often not applicable after injury – making prevention a key component to safety. Athletes are particularly at risk for SIS, particularly in contact sports. Any athlete who still shows signs of concussion should not be allowed to return to play. Such signs include fatigue, headache, disorientation, nausea, vomiting, feeling “in a fog” or “slowed down,” as well as other differences from baseline (how they feel/act at rest). If there are any doubts about the severity of injury, the patient or athlete should not be allowed to resume play.

What should I do if I or someone you know may have/has a concussion?

Report It. For athletes, tell your coach, parent, and athletic trainer if you think you or one of your teammates may have a concussion. Note what symptoms you might be feeling and your concerns. You may feel like you are hurting yourself by reporting it, but you are actually doing the best thing for your health in the long-term. Would you rather be out for one game or the entire season? Print out or offer concussion materials if they are not familiar with symptoms and what to do about them.

Get Checked Out. After hitting your head, you may notice more difficulty with school work, at your job, or doing daily tasks in your home. If you think you have a concussion, be sure to get it checked out as soon as you are able. For athletes, avoid returning to play on the day of the injury as you are at greater risk for additional injury and even more catastrophic consequences such as SIS. A healthcare professional should be able to assess for injury and determine the appropriate amount of rest and return to activity schedule.

Diagnostic testing, which includes computed tomography (CT) and magnetic resonance imaging (MRI), may be needed. While these are helpful in identifying life-threatening brain injuries, such as a skull fracture, hematoma, or a contusion, results are typically normal, indicating an uncomplicated mTBI. More extensive testing may be needed by a concussion professional such as a certified athletic trainer, school/team/primary care/sports medicine physician, or neuropsychologist.

Give Your Brain Time to Heal. A concussion can make everyday activities harder and it is important not to overexert yourself to allow your brain to recover fully. Schneider et al. (2016) concluded that A brief period (24–48 hours) of cognitive and physical rest is appropriate for most patients followed by gradually increasing activity with careful consideration for overexertion. If concussion symptoms return to a significant degree, it is important to rest and instead work up to that activity in intervals slowly. There are return to learn and return to play concussion guidelines for children, students, and athletes. Adults looking to return to work or home should follow similar considerations to allow for healing time.

However, diagnosis may be complicated since the symptoms of mTBI can be mimicked or magnified by traumatic stress, anxiety, pain, depression, sleep disturbance, and social psychological factors at any point during recovery. A neuropsychological assessment should be able to give a full diagnosis and treatment plan. Functional neurologists or concussion specialists may also be able to assist with diagnosis. Treatment should be comprehensive and symptom focused with rehabilitation or developing compensatory strategies. Learn more information including coping strategies at the Concussion Legacy Foundation website.

Chronic Traumatic Encephalopathy, or CTE, is a degenerative brain disease that can only be diagnosed after death. It has been linked to specific changes in the brain caused in part by repeated traumatic brain injuries, including concussions, and repeated hits to the head, called subconcussive head impacts. In CTE, a protein called Tau forms clumps that slowly spread throughout the brain, killing brain cells. Symptoms do not generally begin appearing until years after the onset of head impacts. Early symptoms of CTE usually appear in a patient's late 20s or 30s, and affect a patient's mood and behavior. Some common changes seen include impulse control problems, aggression, depression, and paranoia. Cognitive symptoms tend to appear later than mood and behavioral symptoms, and generally first appear in a patient’s 40s or 50s.

Full understanding among researchers about CTE is currently controversial. There is limited consensus about the causes that increase CTE risk (the number and types of head impacts) as well as additional factors (biological, environmental, or lifestyle) that could contribute to the brain changes. The best available evidence tells us that CTE is caused by repetitive hits to the head sustained over a period of years. This doesn’t mean a handful of concussions or that everyone who has suffered repetitive hits to the head will develop CTE.

Most people diagnosed with CTE suffered hundreds or thousands of head impacts over the course of many years playing contact sports or serving in the military. According to the VA-BU-CLF Brain Bank, CTE has been found in individuals whose primary exposure to head impacts was through tackle football (200+ cases), the military (25+ cases), hockey (20+ cases), boxing (15+ cases, 50+ globally), rugby (5+ cases), soccer (5+ cases, 10+ globally), pro wrestling (5+ cases), and, in fewer than three cases each, baseball, basketball, intimate partner violence, and individuals with developmental disorders who engaged in head banging behaviors.

The National Institutes of Health (NIH) launched a major program to better understand CTE, its causes, and how to diagnose it among living persons. Learn more about NIH research efforts by visiting the NINDS Traumatic Brain Injury Information. The Report from the First NIH Consensus Conference to Define the Neuropathological Criteria for the Diagnosis of Chronic Traumatic Encephalopathy has additional information.

View the CDC’s TBI Website  and the Concussion Legacy Foundation for more information and factsheets about CTE.