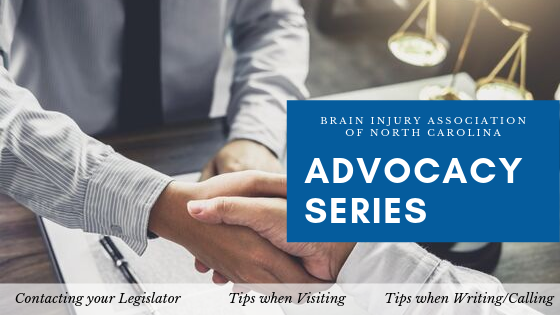 Find out who represents you.

All residents of North Carolina are represented in the United States Senate. Representation in the NC House, the NC Senate, and the US House is determined by district. Each resident of the state has one representative in each of those legislative bodies, determined by the district in which their residence falls.

US House of Representatives

What Can You Do?

You can search, track, and report on legislation for any state and US Congress. The NC General Assembly website includes bill look-up by keyword, number, etc.: https://www.ncga.state.nc.us/legislation/legislation.html. Apps and other websites include Govtrack or TrackBill.

Find out who represents you and contact your legislator

Keep it short, sweet, and simple, referring to bills by their number, title, and sponsor. Use your own words to make it more personalized and have resources to back up your reasoning (rather than using opinions or ranting to persuade). Address your letter to a specific individual and include your contact information.

Testify or speak at a hearing or committee meeting

Legislators are divided up into committees for certain topics and have a hearing to collect testimony for bills. This is your chance to speak your mind and suggest changes before the committee takes any action. The NC Brain Injury Advisory Council may have more ideas on how you can get involved at the state level. Visit www.ncdhhs.gov/assistance/disability-services/traumatic-brain-injury for more information.

Visit the Capitol or Legislative Building

What better way to get a feel for government involvement than to check out the history? Usually tours are provided or you’re free to roam at will. You can always pop in to your legislator’s office but they typically spend very little time there. Their days are fast paced so call ahead if you really want to set up a meeting. Don’t forget they have normal offices outside of session, too, in more local locations!

Investigate More Ways to Get Involved

Read More in the Advocacy Series